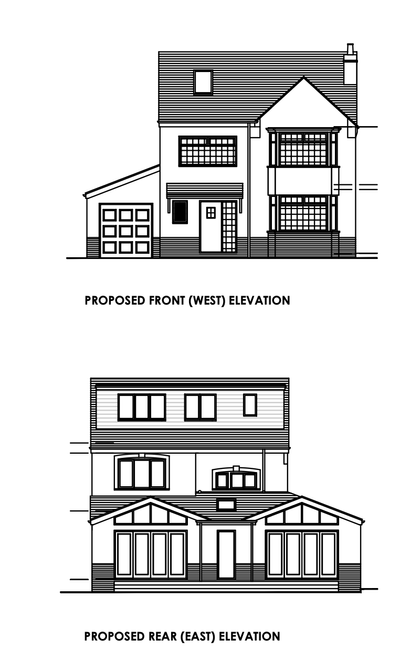 Following a successful appeal against Leeds City Council planning permission has been granted to raise the ridge height of the house and build a large rear dormer.  Planning Inspector agreed with our assessment that:

“The proposal would increase the ridgeline of the appeal property. However, the existing ridgeline is lower than the neighbouring dwellings and, as such, the proposed increase of 0.9m would not be unduly dominant. Given the distinctive nature of the host property in its design and positioning near the entrance to the street, raising the ridge height by a small amount would not, on this particular property, set a precedent for other dwellings in the street.”

In terms of the rear dormer the Inspector concluded:

“The rear flat roof dormer would be a large box like structure and would be prominent to the rear. However, the host property is a large, detached dwelling and the proposed dormer would be set in from all sides leaving parts of the roof slope exposed. In this context it would not appear unduly obtrusive or excessive in scale in relation to the host property, even though it would be a prominent feature on the roof. Moreover, large box like dormers do form part of the existing character to the rear of neighbouring properties and in this regard, it would not appear incongruous on the slope.”
07979864472
Oldham, United Kingdom